A solenoid valve is an electromechanical valve used to control the flow of liquids and gases. Valve position change is provided by supplying the bobbin electric energy (220V, 110V, 24V, 12V, 6V etc. AC, DC voltage) on the solenoid valve.

This type of valve used in gas safety systems is widely installed in parallel with earthquake detection devices and gas alarm devices in our country and it is a system that cuts off the gas flow with the contact which is taken from the main system. Employees with 24 V used in fire safety systems are also available.

The solenoid valves are designed to shut down the system as needed. For this reason, it can be used in any desired system.

These are electric gas-cutting valves, which we all know as the Selenoid valve. However, it is recommended that this Solenoid valve, which is used as part of the gas safety system, is of hand-held type, unlike the valve used in gas line fittings. 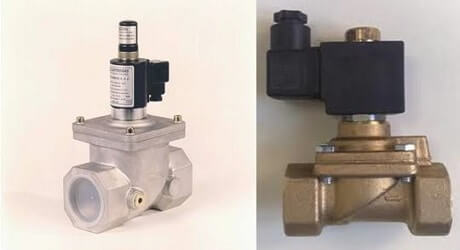 This type of valve cuts off the gas when it receives the signal to shut down the central panel and does not turn it on until it is set up manually (by pushing it up or pulling it up depending on the selected model) even if it receives the central paneling signal. Thus, it is aimed to make the determination of the cause of the gas escape by the user and to make the restoration of the gas escape only by this condition.

Manually operated valves are of two types as “Normally Open” or “Normally Closed” as they are in other Solenoid valves. A valve called “Normally Open” allows the valve to operate as long as the coil supply voltage is not present. When the gas is to be cut, the coil is switched on and the gas is switched off by applying the supply voltage from the relay output of the alarm system, which is coded as NA or NO. Such valves do not have a continuous supply voltage on the coil and only seem to be advantageous in terms of the life of the coil because they are fed in an alarm state, but have the disadvantage that they may be considered unsafe in some applications, such as not turning off the gas at the time of power failure. For example, in applications where the burning process is automatically stopped, such as in a boiler room , gas can be considered as a risk-enhancing element, especially when the electricity is cut off and returned and there are some potential failures in the combustion system. For this reason, the NORMALDE OPEN valve is technically correct in gas burning systems that can operate without electrical dependence such as NORMALLY CLOSED valves and kitchens in gas burning systems that can operate in all electrical dependencies such as the boiler room. However, as a fact of our country here, the need to set up manually to switch off the power very frequently and to shut off the power whenever the power is interrupted has led the user to use normally open valves in all applications instead of normally closed valves. 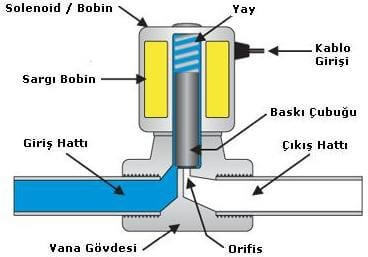